Michel Rosenfeld is Professor of Law at the Benjamin N. Cardozo School of Law at Yeshiva University and codirector of the Cardozo-New School Project on Constitutionalism. He is the author of Affirmative Action and Justice and coeditor of Deconstruction and the Possibility of Justice and Hegel and Legal Theory. 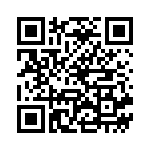