Vivienne Brown is Professor of Intellectual History at The Open University, UK. She is the author of Adam Smith's Discourse: Canonicity, Commerce and Conscience (1994, Routledge) and numerous articles in a range of disciplinary and interdisciplinary journals. She is the founder/editor of The Adam Smith Review on behalf of the International Adam Smith Society. 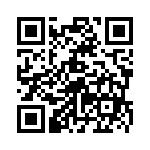