Page 20 - Scotland somewhat shall be said in its due time and place — ) enjoyed the greatest calm and the fullest measure of felicity that any people in any age for so long time together have been blessed with; to the wonder and envy of all the parts of . Christendom.
Appears in 131 books from 1805-2008
Page 31 - But when the Queene of Beautie did inspire The ayre with perfumes, and our hearts with fire, Breathing from her celestiall Organ sweet Harmonious notes, our soules fell at her feet, And did with humble reverend dutie, more Her rare perfections, then high state adore. In the fifth Act of The Shepheards Paradise, however, a song of twenty lines is sung by the Queen in her role as Bellesa, chosen for her beauty as "Queen
Appears in 14 books from 1824-1991

Raymond A. Anselment was born December 4,1939, and educated in both Minnesota and New York. After teaching for a year as a lecturer at the University of Rochester, he accepted a tenure-track Assistant Professorship at the University of Connecticut, where he is currently a Professor of English specializing in seventeenth-century English literature. The author of three dozen articles, an edited collection of essays on two plays of George Farquhar (Macmillan), and a facsimile edition of Thomas Taylor's work on typology (Scholar's Facsimiles and Reprints), Anselment has also published three book-length scholarly studies that range across various seventeenth-century periods and issues. The first, entitled Betwixt Jest and Earnest (University of Toronto), explores the practices and limitations of religious ridicule in a number of prose controversialists, including Milton, Marvell, and Swift. The second book, Loyalist Resolve (University of Delaware), focuses on the poetic responses to the political conflicts of the Caroline and Interregnum decades. The Realms of Apollo (University of Delaware, which by contract had the right of first refusal), chosen by Choice as an Outstanding Academic Book, explores the ways in which seventeenth-century poets confronted the realities of such everyday threats as infant mortality, plague, syphilis, and smallpox. Anselment's diverse scholarly interests are further evident in the more than twenty authors he has studied in essays published in most of the significant British, American, and Canadian journals in his field, including Review of English Studies, Medical History, Modern Language Review, the Bulletin of the John Rylands Library, The Seventeenth Century; ELH, Studies in English Literature, Modern Philology, Journal of English and Germanic Philology, Journal of the History of Ideas, Philological Quarterly, Studies in Philology, Huntington Library Quarterly, The Journal of British Studies, Restoration, Papers on Language and Lite 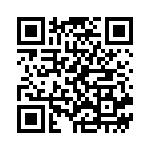