Lars Bergquist was winner of the Wahlstrom and Widstrand Literature Prize and the Östrabo Prize in 1994. He is a writer and a former diplomat whose postings have included Moscow, London, Peking, and the Vatican. Lars also served as president of the National Council for Culture in Sweden from 1993 to 1997 and president of the Swedenborg Society in 2010. He has published many books in Swedish, including novels, biographies, diaries, translations of poetry, and several studies of Swedenborg. 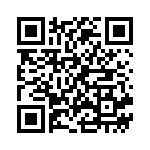