Adam Nicolson poignantly brings us back to Jacobean England using poetic language disguising itself as prose. He makes no pretense that this is a scholarly work about the process of translation with ... Read full review

This book gives insights into this translation of The Bible without diminishing its spiritual inspiration. It provides an increased appreciation of the massive undertaking involved and the ... Read full review

Adam Nicols on is the author of Seamanship, God's Secretaries, and Seize the Fire. He has won both the Somerset Maugham and William Heinemann awards, and he lives with his family at Sissinghurst Castle in England. 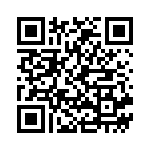