Page xvi
... n"3342;a Translation ofthe Seïr Mutaqharin, n°335o; the First book of the
historie... of the east-Indies, by H. Lopes, n° 3354 ; Ferishta's History of Decan, n°
337o; Stewart's History of Bengal, n° 3373; Histoire du Guzarate, ms. persan, n°
3375 ...
Page 5
19 Specimens of editions of the Sacred Scriptures in the eastern languages,
translated by the brethren of the Serampore mission , and of several others,
printed at the mission-press. Serampore, 1818, pet. in-4, br. Ce volume est
composé de ...
Page 19
Brief account of the translations and printing of the scriptures by the baptist
missionaries at Serampore, in the east Indies, with specimens of some of the
eastern languages. London, Phillips, 1815. = Brief view of the baptist missions
and ...
Page 20
Oriental Customs : or, an illustration of the sacred scriptures, by an explanatory
application of the customs and manners of the eastern nations and especially the
Jews, therein alluded to ; collected from the most celebrated travellers and the ...
Page 30
Thirty four conferences between the Danish missio3 - ss naries and the
malabarian bramans (or heathen priests), in the east indies, concerning the truth
of the christian religion, translated out of high Dutch by Philipps. London,
Clements, 1719 ...
Next » 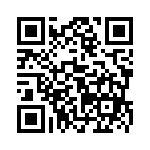