Page lxviii - Read Homer once, and you can read no more ; For all books else appear so mean, so poor, Verse will seem prose : but still persist to read. And Homer will be all the books you need.
Appears in 159 books from 1729-2008
Page xxxii - We ought to have a certain knowledge of the principal character and distinguishing excellence of each : it is in that we are to consider him, and in proportion to his degree in that we are to admire him. No author or man...
Appears in 90 books from 1720-2007
More
Page xvii - Every one has something so singularly his own, that no painter could have distinguished them more by their features, than the poet has by their manners.
Appears in 82 books from 1720-2006
Page lxvi - ... terms as I cannot repeat without vanity. I was obliged to Sir Richard Steele for a very early recommendation of my undertaking to the publick.
Appears in 55 books from 1720-2004
Page lix - In a word, the nature of the man may account for his whole performance ; for he appears, from his preface and remarks, to have been of an arrogant turn, and an enthusiast in poetry.
Appears in 61 books from 1601-1998
Page lxix - All you need do (says he) is to leave them just as they are ; call on Lord Halifax two or three months hence, thank him for his kind observations on those passages, and then read them to him as altered. I have known him much...
Appears in 76 books from 1781-2006
Page iv - ... through an uniform and bounded walk of art, than to comprehend the vast and various extent of nature.
Appears in 60 books from 1720-2006
Page lx - I doubt not many have been led into that error by the shortness of it, which proceeds not from his following the original line by line, but from the contractions above mentioned.
Appears in 52 books from 1720-2007
Page ix - Statius it bursts out in sudden, short, and interrupted flashes: in Milton it glows like a furnace kept up to an uncommon ardour by the force of art: in Shakespeare it strikes before we are aware, like an accidental fire from heaven: but in Homer, and in him only, it burns everywhere clearly and everywhere irresistibly.
Appears in 93 books from 1601-2006
Page xvi - ... in the poetic, that mankind have been ever since contented to follow them : none have been able to enlarge the...
Appears in 50 books from 1720-1983
Less

Homer is the author of The Iliad and The Odyssey, the two greatest Greek epic poems. Nothing is known about Homer personally; it is not even known for certain whether there is only one true author of these two works. Homer is thought to have been an Ionian from the 9th or 8th century B.C. While historians argue over the man, his impact on literature, history, and philosophy is so significant as to be almost immeasurable. The Iliad relates the tale of the Trojan War, about the war between Greece and Troy, brought about by the kidnapping of the beautiful Greek princess, Helen, by Paris. It tells of the exploits of such legendary figures as Achilles, Ajax, and Odysseus. The Odyssey recounts the subsequent return of the Greek hero Odysseus after the defeat of the Trojans. On his return trip, Odysseus braves such terrors as the Cyclops, a one-eyed monster; the Sirens, beautiful temptresses; and Scylla and Charybdis, a deadly rock and whirlpool. Waiting for him at home is his wife who has remained faithful during his years in the war. Both the Iliad and the Odyssey have had numerous adaptations, including several film versions of each.

Satirical poet Alexander Pope was born in London on May 21, 1688. He was educated by private tutors. Many consider Pope to be the greatest poet of his time, and he also wrote commentaries and translations, he is best known for such poems as The Rape of the Lock and The Duncaid. Pope was the first English poet to make a substantial amount of money from his writing. Pope died on May 30, 1744. 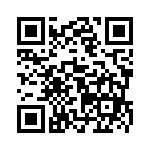