Page 190
Nor does the analogy seem much Itrained , when we say that music may imitate
the tread of a giant , the light and nimble ... But the imitation of which music is
capable , is not stinted to such positive resemblances as those now ciied ;
general ...
Page 502
For example : in the imitations of the flute and the lyre , and of any other
instruments capable of producing a similar ... and the Socratic dialogues ; or
poems in ambic , elegiac , or other metres , in which the epic species of imitation
may be ...
Page 510
Those things , for example , which are set to the flute or the lyre , or any other
instrument of the fame powers , as the pipe , imitate by rhythm and harmony
alone ; while the dance initates by rhyihin only , independent of har . mony ; for
the ... 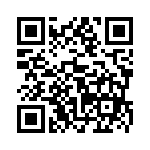