Page 268
on the French throne but by the force of arms, constantly acting against the moral
sense of the people: they know that Wellington's Convention of Paris cannot be
violated, and the French patriots proscribed, put to death, and exiled, but by the ...
Page 315
SEND a few additional Anecdotes, and will continue them; but it may be proper to
observe, they are Paris, and not London, anecdotes—in accordance with the
feelings of the French people, though not in every case flattering to the pride of ...
Page 550
A Description of the correct Method of German and French Waltzing, the truly
fashionable Species of Dancing; by Thos. Wilson. 10s. 6d. Arguments and Facts,
demonstrating that the Letters of Junius were written by John Lewis De Lolme, ... 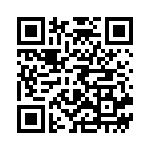