Page 15
3 And in process of time it came to 13 And the LORD God said unto the pass ,
that Cain brought of the fruit of woman , What is this that thou hast the ground an
offering unto the LORD . done ? And the woman said , The ser- 4 And Abel , he
also ...
Page 18
... were the and all the cattle after their kind , and tops of the mountains seen .
every creeping thing that creepeth upon 6.1 And it came to pass at the end of the
earth after his kind , and every fowl forty days , that Noah opened the winafter his
...
Page 27
Escape for thy life ; look not behind thee , 34 And it came to pass on the morrow ,
neither stay thou in all the plain ; escape that the firstborn said unto the younger ,
to the mountain , lest thou be consumed . Behold , I lay yesternight with my ...
Page 3
79 The LORD God of heaven , which 22 And it came to pass , as the camels took
me from my father's house , and from had done drinking , that the man took a the
land of my kindred , and which spake golden earring of half a shekel weight ...
Page 1
32 And it came to pass the same day , 15 And Rebekah took goodly raiment that
Isaac's servants came , and told him of her eldest son Esau , which were with
concerning the well which they had digged , her in the house , and put them upon
...
Next » 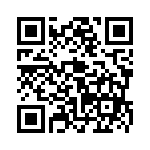