JEHU HANCILES is Associate Professor of Mission History and Globalization, at the School of World Mission, Fuller Theological Seminary. He has published widely in the areas of African Christianty and Missions. 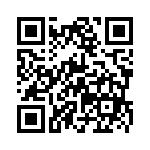