Poisoning the minds of the lower orders

Herzog (law and political theory, Univ. of Michigan) gives a detailed account and analysis of conservative political and social thought in Great Britain from 1789, the year of the French Revolution ... Read full review

Don Herzog teaches law and political theory at the University of Michigan. He is the author of Without Foundations and Happy Slaves. 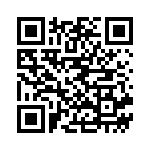