Page xii
The rhyme test ( i in 17 ) seems to place it late , while , on the other hand , we have 16 lines of the irregular dancing doggerel only found in Love's Labour's Lost , Comedy of Errors , and Taming , though in the two latter it may ...
Page xxxii
Should we not say , indeed , that it is the earliest surviving romantic comedy of England , and almost of Europe ? Spanish drama was yet a fledgling . It had its Bermudez , its Argensola , hovering between the tragedy of horrors and ...
Page xxxiii
... and his followers were too much dominated by the antique : their work recalls too closely the tone and method of Latin comedy ; its interest is social , realistic , essentially comic , with extraordinarily small infusion of poetry . 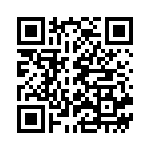