Page 242
The persons of the prologue were generally allegorical and mythological
characters , but were sometimes also taken from ... In Marston's ' Antonio and
Malcida , ' a very remarkable piece , evidently written in imitation of Hamlet , the
persons of ...
Page 461
This person was Thomas Berkeley , fifth baron , descended from the feudal lords
of Berkeley Castle , co . Gloucester , the mere tenure of which was , at one time ,
considered to confer a barony , as is truly the case of Arundel Castle . This baron
...
Page 480
And although he had and might sufficientlie haue declared his renouncement by
the reading of an other meane" person ; yet, for the more suertie of the matter,
and for that” the said resignation should haue his full force and strength, himselfe
... 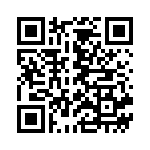