Michele Sarfatti is director of the Centro di documentazione ebraica contemporanea in Milan and the author of many books and articles about Jews in fascist Italy. John Tedeschi is a Reformation historian, and Anne C. Tedeschi is a book conservator. Their many co-translated works include the award-winning The Cheese and the Worms by Carlo Ginzburg. 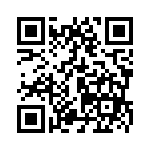