Robert Kandel is a senior scientist of the C.N.R.S. (National Scientific Research Agency of France). He is a member of NASA's Earth Radiation Science Team and chief scientist for the French-Russian-German ScaRaB radiation mission and is currently working on a joint European-Japanese satellite project to observe clouds, aerosols, and radiation. He is the author of several books, including Earth and Cosmos and Our Changing Climate. He was born in Brooklyn and now lives in Paris, France. 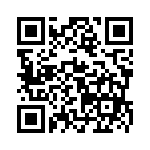