Page 199
The bishop of Carlisle , endeavouring to awaken the king to a manly exertion of
his fpirit against the rebellion , and neither to trust to the weak defence of right
against might , nor expect that Providence shall , out of respect to his divine right
...
Page 266
By my troth , I will speak my conscience of the king ; I think he would not wish
himself any where , but where he is . • Bates . Then would he were here alone ; fo
should he be sure to be ransomed , and many poor men ' s lives saved . Henry .
Page 267
Then , if they die unprovided , no more is the king guilty of their damnation , than
he was before guilty of those impiecies for which they are now visited . Every
subject ' s duty is the king ' s , but every subje & t ' s soul is his own . Therefore ...
Page 283
1 ' ' In the last paffage of the foregoing dialogue , Henry affords a good subject for
reflection , where ' he speaks of the powerful influence of kings over the manners
of a people . The maxim ' appears to be plausible , but is not true , in every ...
Page 297
The King , Salisbury , and Warwick , standing by . the Cardinal , on his sick - bed .
King . How fares my lord ? Speak , Beaufort , to thy sovereign . Cardinal , raving .
If thou beeft Death , I ' ll give thee England ' s treasure , Enough to purchase ...
Next » 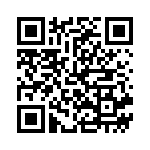