ERIC JOSEPH EPSTEIN is Visiting Assistant Professor of Humanities at Pennsylvania State University in Harrisburg, where he teaches Holocaust Studies. He also coordinates the taping of Holocaust survivors in central Pennsylvania and has written numerous articles.

PHILIP ROSEN is Director of the Holocaust Awareness Museum at Gratz College./e He has taught at both the secondary and college level and has instructed teachers in the areas of the Holocaust and Genocide Studies. He has written many articles on genocide and has interviewed many survivors and liberators. 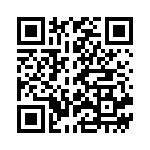