Page 124
Shakespeare ' s deliberately reclusive nuns , such as Emilia in The Comedy of
Errors , the convent for some of these women was a way of entering the world
even as they were by convention dead to it . But with the coming of the Protestant
...
Page 125
Still , there was a woman on the throne , and clergymen , like poets and
playwrights , were well advised to walk carefully . Bishop Aylmer , in a sermon
before Elizabeth , spoke of two kinds of women , some ' wiser , better learned ,
discreeter ...
Page 131
As we have seen , Isabella ' s metaphorical identification of Juliet as her ' cousin '
serves to emphasize the contrast between the two young women . Where once
they were virtually interchangeable , another set of Shakespearean twins , one ... 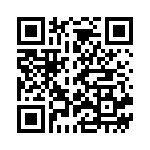