Page 6
When they have finished their ' scene ' they should return to the flight deck to
underscore other ' scenes ' or to accompany the songs . Return to the Forbidden
Planet was subsequently produced at the Everyman Theatre , Liverpool on 27 ...
Page 22
... tell her , tell her right now . Although I sometimes wonder . Spoken . MIRANDA
enters wearing make - up and a short skirt – the teenager now looks So now you
know . about 45 . The She ' s Not There underscore comes in What is that ...
Page 25
To take revenge , to plunder and to kill . PROSPERO : Gloria , no more ; begone I
The SCIENCE OFFICER drops the phaser . say . Musical underscore . SCIENCE
OFFICER : I did what we both know I had to do SCIENCE OFFICER : You are a ...

This script is hilarious. A farce on Forbidden Planet and pop culture it bases it's language and style from Romeo and Juliet at times. The music is all pop music and and show that declares "Beware the Ids that march" (AKA Beware the ides of March) I find sickly humorous. Read full review 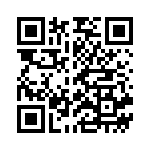