Phil Powrie is Professor of French Cultural Studies at the University of Newcastle upon Tyne. He has published widely on French film, including French Cinema in the 1980s: Nostalgia and the Crisis of Masculinity; Contemporary French Cinema: Continuity and Difference; and French Cinema: A Student's Guide. 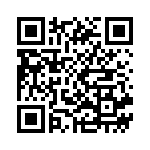