Page 654
Long choosing , and beginning late , " as he says near the beginning of Book IX ,
he completed the poem probably in 1663 , when he was fifty - four years old . It
was first published in 1667 . Paradise Lost , however considered , is one of the ...
Page 928
He took a reli For comprehension of the poem's rich details a reader gious delight
, one sees , in the mere naming of God's needs the power of raising into sharp
visual focus Smart's creatures , from worm to star . In the one Pisgah startling ...
Page 934
any one of the better passages , ” Matthew Arnold In the following year
Macpherson put forth Fin- remarked , " and you can see at this day what an gal ,
an Ancient Epic Poem , with Other Poems Composed by apparition of newness
and of ... 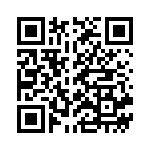