One of the frequently asked questions when Auschwitz survivor Primo Levi spoke publicly about his experiences was “Why weren’t there more escapes?”. Levi would patiently explain: if an inmate escaped ... Read full review

I've read the book and the audio and the book is much better than the audio. Read full review

Richard Rashke, a former journalist and teacher, is the author of The Killing of Karen Silkwood and Stormy Genius: The Life of Aviation's Maverick Bill Lear. 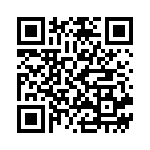