Twain meets a man who tells him the story of how he ended up back in King Arthur's Court, and influenced that period of history, but ended up back in Twain's time. The Yankee, Hank Morgan, is hit with an iron bar by a man who goes by Hercules in his factory in the late nineteenth century. He wakes up beneath a tree and is captured by a knight of King Arthur's Table Round. He cannot believe where he is, but he starts to believe when he is told he will be executed the following day. He meets a boy who he calls "Clarence" and that boy becomes pivotal to the factories and other nineteenth century technology and wisdom that Hank brings to the sixth century. Hank is disgusted and looks down upon the people of the sixth century as animals and children. He creates elaborate shows to cement himself in Arthur's court as a magician, although he is the farthest thing from it (but he employs the idea that technology is sufficient magic and to the nth degree to a sixth century knight). He saves himself from execution by correctly predicting a solar eclipse, starts a ruptured spring flowing again, creates dynamite, a revolver and other "modern" conveniences that make him seem the most powerful magician. Merlin, the sorcerer of Arthurian legend, is a hack and is exposed by Hank over and over again. Hank goes on a quest to save some damsels from an ogre and is connected with Sandy, the woman he eventually marries and has a child with (HELLO-CENTRAL). He goes in freeman clothes with the king to discover more about the regular people of that period, and is eventually captured and made a slave after his nineteenth century smarts cost him. As he is sailing with his daughter and child they discover that the Church has struck back at the advances that Hank is making (free thought, free religion, absolution of slavery, etc). They have imposed an interdict after Arthur was made to know that his wife Guenevere and Lancelot were committing adultery, and Arthur went to war with Lancelot. Lancelot, Arthur and many, many other knights are killed. The Catholic Church seizes control and makes Sir Boss (as Hank is crowned) their number one enemy. All of England mobilizes against him, but he holes himself up in Merlin's Cave, with electrical wire, land mines and Gatling guns to protect him. The knights didn't stand a chance. They are wholly conquered, but Morgan and Clarance and their helpers cannot escape because that would be to lose their safeguards, but they cannot stay because the rotting bodies that number in the thousands are making them sick. Merlin eventually steals in disguised as a woman and casts a spell over Morgan that makes him wake up back in the nineteenth century. Ah, now it all makes sense. Morgan dies that night as Twain looks on, missing his Sandy and Hello-Central.
A silly, though entertaining story. Morgan is over-the-top that it's unbelievable. He says many times that he will not do something unless its in some grandiose fashion. He does, however, try to bring his nineteenth century values to the sixth century, which overall is a good thing. The absolution of slavery and the massive power the church has is not good for anyone, except the nobles and the church itself. But his treatment of the people of that time as nothing better than children is heavy handed, and costs him a trip into slavery. He does not understand after all that time and with all those massive brain cells that these people are superstitious and are trained to trust no one. He fails to crush Merlin, although he crushes many inferior enemies. Why he continues to allow Merlin to live and torment him is never clear. And it's Merlin at the end who casts an actual spell?!? That does not make any sense, since he has spent the entire book proving him a charleton. A quack. He calls him as much himself. Is Twain trying to say that not all the magic from that time is unreal? Again, that goes against his Gilded Age values. And his "progress" that he brings would have meant the end of our world had he not been

This is Mark Twain's best satire ever! A witty mixture of comedy and criticism of English feudal systems, this book is sure to please any reader with an imagination and a sense of humor.

Page 21 - By my faith, said Arthur, I will give you what gift ye will ask. Well ! said the damosel, go ye into yonder barge, and row yourself to the sword, and take it and the scabbard with you, and I will ask my gift when I see my time.
Appears in 85 books from 1855-2008
Page 101 - ... out, become ragged, cease to be comfortable, cease to protect the body from winter, disease, and death. To be loyal to rags, to shout for rags, to worship .. ,rags, to die for rags — that is a loyalty of unreason, it is pure animal; it belongs to monarchy, was invented by monarchy; let monarchy keep it.
Appears in 45 books from 1883-2007
More
Page 49 - I saw that I was just another Robinson Crusoe cast away on an uninhabited island, with no society but some more or less tame animals, and if I wanted to make life bearable I must do as he did, invent, contrive, create; reorganize things, set brain and hand to work, and keep them bjsy. Well, that was in my line.
Appears in 44 books from 1889-2007
Page 411 - And when Sir Mordred heard Sir Arthur, he ran until him with his sword drawn in his hand. And then king Arthur smote Sir Mordred under the shield, with a foin of his spear throughout the body more than a fathom. And when Sir Mordred felt that he had his death's wound, he thrust himself, with the might that he had, up to the bur of king Arthur's spear. And right so he smote his father Arthur with his sword holden in both his hands, on the side of the head, that the sword pierced the helmet and the...
Appears in 77 books from 1816-2008
Page 390 - Slavery was dead and gone; all men were equal before the law; taxation had been equalized. The telegraph, the telephone, the phonograph, the type-writer, the sewing machine, and all the thousand willing and handy servants of steam and electricity were working their way into favor.
Appears in 30 books from 1894-2007
Page 22 - Sir, said Merlin, he saw you not, for an he had seen you, ye had not lightly departed. So they came unto Carlion, whereof his knights were passing glad. And when they heard of his adventures, they marvelled that he would jeopard his person so, alone. But all men of worship said it was merry to be under such a chieftain, that would put his person in adventure as other poor knights did.
Appears in 40 books from 1816-2007
Page 426 - The dynamite had dug a ditch more than a hundred feet wide, all around us, and cast up an embankment some twenty-five feet high on both borders of it. As to destruction of life, it was amazing. Moreover, it was beyond estimate. Of course, we could not count the dead, because they did not exist as individuals, but merely as homogeneous protoplasm, with alloys of iron and buttons.
Appears in 31 books from 1890-2008
Page 212 - The old abbot could not speak a word, for tears and the chokings in his throat; without utterance of any sort, he folded me in his arms and mashed me. It was more eloquent than speech. And harder to get over, too, in a country where there were really no doctors that were worth a damaged nickel. You should have seen those acres of people throw themselves down in that water and kiss it; kiss it, and pet it, and fondle it, and talk to it as if it were alive, and welcome it back with the dear names they...
Appears in 29 books from 1890-2007
Page 410 - Arthur wood wroth out of measure, when he saw his people so slain from him. Then the king looked about him, and then was he ware, of all his host and of all his good knights, .were left no more on live but two knights ; that one was Sir Lucan the Butler, and his brother Sir Bedivere, and they were full sore wounded. Jesu mercy...
Appears in 57 books from 1868-2008
Less 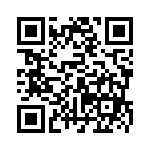