Novelist Barbara Pym was born in Shropshire and educated at Oxford University. An editor of Africa, an anthropological review, for many years, she published her first novel, Some Tame Gazelle, in 1950. Since then, a number of popular works have been published. Often compared with the works of Jane Austen in both manner and subject, Pym's novels are apparently guileless evocations of the foibles of aging and isolated characters. She has a sure, if understated, sense of her characters' psychology and of their unintentionally comic revelations about themselves and their futile lives. After the publication of No Fond Return of Love (1961), all her books were out of print until she was cited, coincidentally by both David Cecil and Philip Larkin, as among the most underestimated novelists of the 20th century. She subsequently completed two successful novels, The Sweet Dove Died (1978) and Quartet in Autumn (1978), the latter a comic-pathetic study of two men and two women in their sixties who work in the same office but lead separate, lonely lives outside. Many of her earlier books have since been reprinted, including Excellent Women (1952) and A Glass of Blessings (1958), both perceptive psychological studies of aging women taken advantage of by others. A posthumous novel, A Few Green Leaves (1980), is a superb comedy of provincial village life. 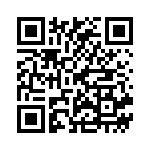