Page
... of the Ministers thereof , at all times of their Ministration , shall be retained , and
be in use , as were in this Church of England by the Authority of Parliament , in
the second Year of the Reign of King Edward the Sixth . The MORNING PRAYER
...
Page
At the beginning of Morning Prayer , the Minister Mall read wirb a loud voice fome
one or more of these Sentences of the Scriptures that follow ; and then be fall say
ibai which is written afier the said Seniences . HEN the wicked man Enter not ...
Page
Minister fall kneel , too much the devices and desires and say the Lord's Prayer
with of our own hearts ; We have of an audible voice ; tbe People also fended
against thy holy laws : kneeling , and repeating it wib We have left undone , those
...
Page
... damus , daily througbout the The sea is his , and he made year . it : and his
hands prepared the 1 Note , That before every Lejon dry land . o come , let us
worship , and the Minister small say , Here befall down and kneel before the
ginneth ...
Page
Apofilés Creed by the Minister Then the Priest standing up , and the People ,
Danding fall say , cept only such days as ihe Creed O ... Endue thy Ministers
ceived by the Holy Ghost , Born with righteousness ; of the Virgin Mary , Suffered
Arsw ...
Next »

Page 27 - Original Sin standeth not in the following of Adam, (as the Pelagians do vainly talk;) but it is the fault and corruption of the Nature of every man, that naturally is engendered of the offspring of Adam; whereby man is very far gone from original righteousness, and is of his own nature inclined to evil, so that the flesh lusteth always contrary to the spirit; and therefore in every person born into this world, it deserveth God's wrath and damnation.
Appears in 864 books from 1584-2008
Page 11 - Again, he sent forth other servants, saying, Tell them which are bidden, Behold, I have prepared my dinner: my oxen and my fallings are killed, and all things are ready: come unto the marriage.
Appears in 920 books from 1701-2008
More
Page 21 - And there was war in heaven; Michael and his angels fought against the dragon; and the dragon fought, and his angels, and prevailed not; neither was their place found any more in heaven. And the great dragon was cast out, that old serpent, called the Devil, and Satan, which deceiveth the whole world; he was cast out into the earth, and his angels were cast out with him.
Appears in 839 books from 1657-2008
Page 22 - If I had not done among them the works which none other man did, they had not had sin : but now have they both seen and hated both me and my Father.
Appears in 865 books from 1659-2008
Page 22 - And I saw another angel ascending from the east, having the seal of the living God: and he cried with a loud voice to the four angels, to whom it was given to hurt the earth and the sea, Saying, Hurt not the earth, neither the sea, nor the trees, till we have sealed the servants of our God in their foreheads.
Appears in 852 books from 1713-2008
Page 22 - Therefore said he unto them, The harvest truly is great, but the labourers are few: pray ye therefore the Lord of the harvest, that he would send forth labourers into his harvest.
Appears in 762 books from 1701-2008
Less 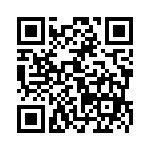