43 pages matching Miller in this book

PUBLIC ENEMIES: America's Greatest Crime Wave and the Birth of the FBI, 1933-34

The Service Was Fast and The Item was as Describedat A Good Price and New . Read full review

21 other sections not shown

Bryan Burrough is the coauthor of Barbarians at the Gateand the author of Dragonflyand Vendetta. He is a contributing editor to Vanity Fair. 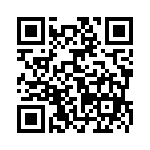