It was during the height of the second Intifada in 2002 that James Horrox first experienced the kibbutz life. Since then, he's worked extensively in the independent media, all the while completing the research for this book. He's a regular contributor to London's Freedom newspaper, and various alternative publications, the world over. Uri Gordon is an Israeli activist and writer. He spent five years in the UK, working with local initiatives in Oxford and larger networks like People's Global Action and Dissent!, and passing off his reflections on activism as a PhD thesis, on which his first book, Anarchy Alive! (Pluto, 2008), is based. He currently lives on a Kibbutz in Israel. 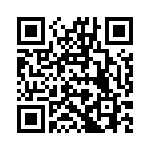