Page
3 And all the elders of Israel came , and the priests took np the ark . 4 And they
brought up the ark of the LORD , and the tabernacle of the congregation , and all
the holy vessels that were in the tabernacle , even those did the priests and the ...
Page
15 And when the chief priests and scribes saw the wonderful things that he did ,
and the children crying in the temple , and saying , Hosanna to the son of David ;
they were sore displeased , 16 And said unto him , Hearest thou what these say ...
Page
3 Then assembled together the chief priests , and the scribes , and the elders of
the people , unto the palace of the high priest , who was called Caiaphas , 4 And
consulted that they might take Jesus by subtilty , and kill him . 5 But they said ...
Page
57 | And they that had laid hold on Jesus , led him away to Caiaphas the high
priest , where the scribes and the elders were ... 59 Now the chief priests and
elders , and all the council , sought false witness against Jesus to put him to
death ; 60 ...
Page
W HEN the morning was come , all the chief priests and elders of the people ,
took counsel against Jesus to put him to death . 2 And when they had bound him
, they led him away , and delivered him to Pontius Pilate the governor . 3 | Then ... 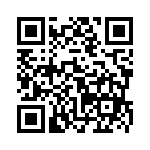