Bestselling writer, journalist, and media critic Ken Auletta was born on April 23, 1942. He grew up in Brooklyn, New York and earned a B.S. from SUNY Oswego and an M.A. in political science from the Maxwell School of Citizenship and Public Affairs at Syracuse University. Before 1992, when he began to write the "Annals of Communications" column for The New Yorker, Auletta trained Peace Corps volunteers, served as Special Assistant to the U.S. Under Secretary of Commerce, participated in Robert F. Kennedy's 1968 presidential campaign, was Executive Editor of the Manhattan Tribune, and worked as the chief political correspondent for the New York Post. He also was a columnist for the Village Voice and contributing editor of New York Magazine, began writing for The New Yorker in 1977, and wrote extensively for the New York Daily News. Auletta has appeared on numerous television programs and written several books, including Three Blind Mice: How the TV Networks Lost Their Way; Greed and Glory On Wall Street: The Fall of The House of Lehman; World War 3.0: Microsoft and Its Enemies; Media Man: Ted Turner's Improbable Empire; and Googled: The End of the World As We Know It. 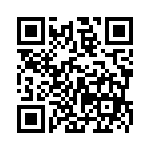