Page
Part of the Screen of York Minster , containing Statues of King John , King
Richard II . , King Henry IV . , and King Henry V. KING JOHN . KING RICHARD II .
1 KING HENRY IV . - PART I. KING HENRY. Page 1. Title - page - Group
embodying ...
Page 56
any one to recur to that story , who has read this Act of King John , and not think
of the dark prison where the iron was hot and the executioner ready , but where
nature , speaking in words such as none but the greatest poet of nature could ...
Page 127
Henry of Monmouth , the son of Bolingbroke , being then eleven years old , was
with the king ; and Richard knighted him , making , at the same time , eight or ten
other knights . The English army appears to have suffered greatly from the want ... 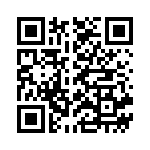