Page 95
42 A spurious sequel to Don Quixote was published under the burlesque
pseudonym of the Licenciado Alonzo Fernandez de Avellaneda . " In the same
year Cervantes published his own continuation , and in 1620 , five years later ,
Edward ...
Page 147
Daniel's Delia was first published in 1592 , and Mr. Malone , in his preliminary
remarks on Shakespeare's Sonnets , says : “ In these compositions , Daniel's
Sonnets , which were published in 1592 , appear to me to have been the model
that ...
Page 176
63 Published originally in 1596 , under the title of “ Mortimeriados . ' It was
republished , as above , in 1603. To this revised and much altered edition
Drayton prefixed an address to the reader , in which he states that : “ as at first the
dignity of ... 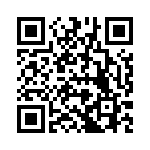