Manning's 1962 novel features a burgeoning love between two young girls at a boarding school. Since this subject is far less taboo in most places than when it was first published, this book might find a far wider audience today. Read full review

Rosemary Manning (1911-1988) was the author of six novels, many of them set in her native West Country of England, and two volumes of autobiography. 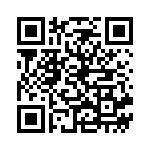