YITZHAK ARAD is the author of Ghetto in Flames: The Struggle and Destruction of the Jews in Vilna and former chairman of the Directorate of Yad Vashem. 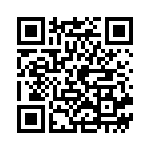