Page 32 - Nations, will assist the Party or Parties so attacked by taking forthwith, individually and in concert with the other Parties, such action as it deems necessary, including the use of armed force, to restore and maintain the security of the North Atlantic area.
Appears in 969 books from 1778-2008
Page 7 - When such report is made and accepted it will, in my opinion, be the duty of the United States to resist, by every means in its power, as a willful aggression upon its rights and interests, the appropriation by Great Britain of any lands or the exercise of governmental jurisdiction over any territory which, after investigation, we have determined of right belongs to Venezuela.
Appears in 314 books from 1870-2008
More
Page 5 - Ran away, a negro woman and two children; a few days before she went off, I burnt her with a hot iron, on the left side of her face. I tried to make the letter M.
Appears in 159 books from 1837-2008
Page 2 - This is the most magnificent movement of all. There is a dignity, a majesty, a sublimity, in this last effort of the patriots, that I greatly admire.
Appears in 119 books from 1856-2008
Page 6 - ... but on every suitable occasion, whatsoever and wheresoever, to express my high and grateful sense of my second reception in America, and to bear my honest testimony to the national generosity and magnanimity.
Appears in 26 books from 1869-2007
Page 9 - I want to say very frankly to you that she is not now interested in European politics, but she is interested in the partnership of right between America and Europe. If the future had nothing for us but a new attempt to keep the world at a right poise by a balance of power...
Appears in 20 books from 1915-2006
Page 9 - But, while it is difficult, there is an element present that makes it easy. Never before in the history of the world, I believe, has there been such a keen international consciousness as there is now.
Appears in 26 books from 1915-2005
Page 15 - American friend we have ever known, and the greatest champion of freedom who has ever brought help and comfort from the New World to the Old.
Appears in 69 books from 1939-2007
Page 7 - ... there is no calamity which a great nation can invite which equals that which follows a supine submission to wrong and injustice and the consequent loss of national self-respect and honor beneath which are shielded and defended a people's safety and greatness.
Appears in 169 books from 1887-2007
Less

PHILIP SEIB is Professor of Journalism at Southern Methodist University and a veteran television and newspaper journalist. He is the author of nine books, most recently, Headline Diplomacy: How News Coverage Affects Foreign Policy (Praeger, 1996). 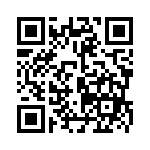