Page 79
... true Principle , the first rule Wright , a workman Profit , advantage Write , with a
pen Prophet , a foreteller Rode , did ride Quean , a nasty slut Road , the highway
Queen , a king's wife Row'd , did row Quire , of paper Roe , a kind of deer Choir ...
Page 85
A. All spelling , or division of syllables , may be comprehended in seven general
rules . RULE I. Q. What is the first general rule for division of syllables ? A. A
consonant between two vowels , goes to the latter syllable : : as banish . Q. What
is ...
Page 86
A. Words formed and compounded , must be divided according to the fifth and
șixth general rule . RULE II . Q. What is the second general rule for the division of
syllables ? A. Two consonants in the middle of a word , that are proper to begin a
... 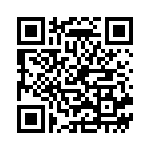