Fredric V. Bogel is Professor of English at Cornell University. He is the author of Literature and Insubstantiality in Later Eighteenth-Century England and The Dream of My Brother: An Essay on Johnson's Authority. 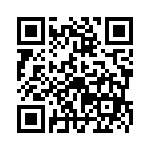