29 other sections not shown

Martin Gilbert was born in London, England on October 25, 1936. He was sent to Canada during World War II, but returned on a liner bringing American troops to Britain in preparation for D-day. After national service in the intelligence corps, he was educated at Magdalen College at Oxford. He graduated from Oxford in 1960 and wrote his first book entitled The Appeasers. In 1961, after a year of research and writing, he was asked to join a team of researchers working for Winston Churchill. At the age of 25, he was formally inducted into the team, doing all of his own research. Gilbert became known as Churchill's official biographer, but he also wrote books on the Holocaust, the first and second world wars, and Jewish history. During his lifetime, he wrote over 80 books including Winston Churchill, Auschwitz and the Allies, The Holocaust: The Jewish Tragedy, The Jews of Hope: The Plight of Soviet Jewry Today, Shcharansky: Hero of Our Time, Letters to Auntie Fori: The 5,000-Year History of the Jewish People and Their Faith, and In Search of Churchill. He died after a long illness on February 3, 2015 at the age of 78. 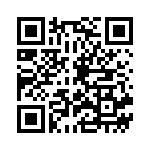