Page xv
stopped lines and markedly dissolute character of the generality of the verse indicate an original composition during the poet's earliest period . The Lylian influence , discussed later , has also been urged in favour of an early date .
Page xix
... and that , as lately as 1591 , Robert Wilmot , the contributor of the original fifth Act , had issued a revised form of the play as a whole , which appears in Hazlitt's Dodsley , vol . vii.1 With , I think , insufficient reason ...
Page xxvi
6 ) as the original of Valentine's opening lines in v . iv . of our play . The similarity , however , is not close enough to warrant the citation ; and as good , or as faint , a likeness to Valentine in this scene might be traced in ... 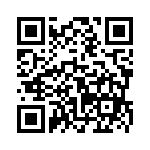