Page 81
It is not an easy matter to assign the precise interval between the modern and
ancient Greek , which is to be distinguished by the terminations of the nouns ,
pronouns , verbs , & c . not unlike what obtains between some of the dialects of
the ...
Page 511
His ancestors were Mainotes , inhabitants of the ancient Leuctrum , one of the
southern promontories of Peloponnesus , and fled to Corsica to escape from
Turkish tyranny . They retained , in this rude island , their ancient purity and
fimplicity ...
Page 524
natives , before the invasion of the country by the Mohammedans , has not yet
been discovered ; but the most ancient Arabic and Persian manuscripts with
which we are acquainted , agree in calling it Ifakhar . Of the city , however , no
vestiges ... 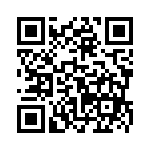