Page 40 - Life is not a series of gig lamps symmetrically arranged; life is a luminous halo, a semi-transparent envelope surrounding us from the beginning of consciousness to the end. Is it not the task of the novelist to convey this varying, this unknown and uncircumscribed spirit, whatever aberration or complexity it may display, with as little mixture of the alien and external as possible?
Appears in 646 books from 1790-2008
Page 10 - There is one point at which the moral sense and the artistic sense lie very near together; that is, in the light of the very obvious truth that the deepest quality of a work of art will always be the quality of the mind of the producer.
Appears in 195 books from 1885-2007
More
Page 9 - Only the poet, disdaining to be tied to any such subjection, lifted up with the vigour of his own invention, doth grow in effect into another nature, in making things either better than Nature bringeth forth, or, quite anew - forms such as never were in Nature...
Appears in 414 books from 1724-2008
Page 9 - Neither let it be deemed too saucy a comparison to balance the highest point of man's wit with the efficacy of Nature ; but rather give right honour to the heavenly Maker of that maker, who, having made man to His own likeness, set him beyond and over all the works of that second nature : which in nothing he showeth so much as in Poetry, when with the force of a divine breath He bringeth things forth far surpassing her doings...
Appears in 229 books from 1724-2008
Page 15 - We know now that a text is not a line of words releasing a single 'theological' meaning (the 'message' of the Author-God) but a multi-dimensional space in which a variety of writings, none of them original, blend and clash.
Appears in 449 books from 1914-2008
Page 10 - The primary IMAGINATION I hold to be the living power and prime Agent of all human Perception, and as a repetition in the finite mind of the eternal act of creation in the infinite I AM.
Appears in 1069 books from 1817-2008
Page 11 - Renaissance, is transformed in these writers into the mythical imagination for which historical time does not exist — the imagination that sees the actions and events of a particular time merely as the bodying forth of eta^L_plOtptyj>es.
Appears in 26 books from 1934-2000
Page 9 - ... good : which setting forward, and moving to well-doing, indeed, setteth the laurel crown upon the poets as victorious ; not only of the historian, but over the philosopher, howsoever, in teaching, it may be questionable.
Appears in 82 books from 1816-2006
Page 10 - Fancy, on the contrary, has no other counters to play with but fixities and definites. The fancy is indeed no other than a mode of memory emancipated from the order of time and space...
Appears in 204 books from 1790-2008
Page 14 - every text takes shape as a mosaic of citations, every text is the absorption and transformation of other texts.
Appears in 61 books from 1960-2006
Less 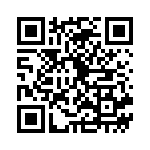