Page 31
In proportion there was wanting a certain correctness of judgement , by means of
which their figures , without having been measured , might have , in due relation
to their dimensions , a grace exceeding measurement . 38 Interestingly , a ...
Page 101
This play's unpredictability is in large measure due to the sense of its being a
kind of extemporaneous drama invented by the Duke . In buying time ( Iv.ii.156 ;
Iv.iii.85 ) , the Duke is in effect lengthening the improvisation , and , in speaking
his ...
Page 118
Such is the case , for instance , when the Duke calls for himself in the last scene
of Measure for Measure , or when Pietro in The Malcontent describes his own
suicide . The characterizations , like the statues , are contradictory , appearing in
all ... 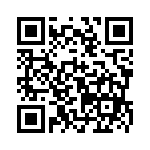