Page v
... and Non-Believers The Influence of Secularism- The Culture War - A Shared Concern Three World Religions Claim To Be Based On Divine Revelation Christianity Is Unique What Significance Does The Old Testament Have For Christianity The.
Page 3
... they are missing some important things that have been lost over the ages, and include changes and additions introduced after Christ and his apostles were gone, and after (as they acknowledge and insist) divine revelation ceased.
Page 15
Three World Religions Claim To Be Based On Divine Revelation; Jews, Christians, and Muslims have much in common. All trace their roots to the Old Testament culture and all claim to be based on truths and authority divinely revealed to ...
Page 17
The assurance that there is a way, if we seek divine help in making the right choices in this mortal life and, with divine help ... The assurance that each of us can know for ourselves, by personal revelation, that the pure and complete ...
Page 20
... saying unto Abraham, And in thy seed shall all the kindreds of the earth be blessed. (Acts 3: 19-25 emphasis added) The scriptural account of the history of mankind presents a repeating pattern of divine revelation of the truths of ...
Next »

The Mystery and Controversy Surrounding "Mormonism"

Page 81 - Hear another parable: There was a certain householder, which planted a vineyard, and hedged it round about, and digged a wine-press in it, and built a tower, and let it out to husbandmen, and went into a far country...
Appears in 937 books from 1701-2008
Page 50 - Then gathered the Chief Priests and the Pharisees a council, and said, What do we ? for this man doeth many miracles. * If we let him thus alone, all men will believe on him ; and the Romans shall come and take away both our place and nation.
Appears in 1065 books from 1701-2007
More
Page 18 - Behold, I will send you Elijah the prophet before the coming of the great and dreadful day of the Lord ; and he shall turn the heart of the fathers to the children, and the heart of the children to their fathers, lest I come and smite the earth with a curse.
Appears in 970 books from 1801-2008
Page 35 - And as he journeyed, he came near Damascus: and suddenly there shined round about him a light from heaven. And he fell to the earth, and heard a voice saying unto him, Saul, Saul, why persecutest thou me ? And he said, Who art thou.
Appears in 1103 books from 1735-2008
Page 35 - And he, trembling and astonished, said, Lord, what wilt thou have me to do? And the Lord said unto him, Arise, and go into the city, and it shall be told thee what thou must do.
Appears in 1233 books from 1755-2008
Page 146 - Was not Abraham our father justified by works, when he had offered Isaac his son upon the altar ? Seest thou how faith wrought with his works, and by works was faith made perfect...
Appears in 1250 books from 1703-2008
Page 21 - Then Peter said unto them ; Repent, and be baptized every one of you in the name of Jesus Christ, for the remission of sins ; and ye shall receive the gift of the Holy Ghost.
Appears in 1268 books from 1755-2008
Page 97 - And I saw another angel fly in the midst of heaven, having the everlasting gospel to preach unto - them that dwell on the earth, and to every nation and kindred and tongue and people ; saying with a loud voice ; Fear God, and give glory to him, for the hour of his judgment is come; and worship him that made heaven and earth and the sea and the fountains of waters.
Appears in 990 books from 1755-2008
Page 78 - after six days Jesus taketh with him Peter, and James, and John, and leadeth them up into an high mountain apart by themselves : and he was transfigured before them.
Appears in 587 books from 1701-2008
Page 29 - And it shall come to pass in the last days, saith God, I will pour out of my Spirit upon all flesh: and your sons and your daughters shall prophesy, and your young men shall see visions, and your old men shall dream dreams. And on my servants and on my handmaidens, I will pour out in those days of my Spirit; and they shall prophesy.
Appears in 1089 books from 1755-2008
Less 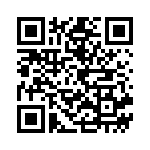