Gregory D. Smithers is a Lecturer in American History at the University of Aberdeen in Scotland.  His works include: "Black gentleman as good as white": Comparing the Origins and Development of African-American and Australian Aboriginal Political Protest," Journal of African American History (Fall, 2008); "The ‘pursuits of the civilized man’: Race and the Meaning of Civilization in the United States and Australia, 1790s-1850s," Journal of World History (Fall 2008). 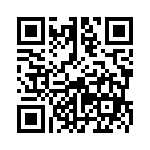