A classic of popular (and at times, fairly academic) linguistics. The ideal gift for someone with an interest in language who's tired of hearing nothing about it in the mainstream but arguments over "proper" English and word origin fairy tales. Read full review

This is listed as one of the New Scientist Top 25 Most Influential Popular Science books. The thesis is solid...the execution burdensome. Here's a thought: make a point; reinforce a point; if at that ... Read full review

Steven Arthur Pinker was born on September 18, 1954 in Canada. He is an experimental psychologist, cognitive scientist, linguist, and author. He is a psychology professor at Harvard University. He is the author of several non-fiction books including The Language Instinct, How the Mind Works, Words and Rules, The Blank Slate, The Stuff of Thought, and The Sense of Style: The Thinking Person's Guide to Writing in the 21st Century. His research in cognitive psychology has won the Early Career Award in 1984 and Boyd McCandless Award in 1986 from the American Psychological Association, the Troland Research Award in 1993 from the National Academy of Sciences, the Henry Dale Prize in 2004 from the Royal Institution of Great Britain, and the George Miller Prize in 2010 from the Cognitive Neuroscience Society. He was twice a finalist for the Pulitzer Prize, in 1998 and in 2003. In 2006, he received the American Humanist Association's Humanist of the Year award for his contributions to public understanding of human evolution. 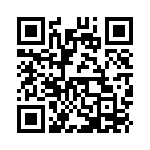