Ilya Ehrenburg (1891-1967) was a Soviet novelist and journalist. He is best known for his six volumes of memoirs.

Vasily Grossman (1905-1964) was a major Soviet writer. His most important novel is Life and Fate.

David Patterson is Bornblum Chair of Judaic Studies at the University of Memphis. He is the author of numerous books and articles on the Holocaust, and has won the Koret Jewish Book Award.

Irving Louis Horowit is Hannah Arendt distinguished university professor emeritus of Sociology and Political Science at Rutgers University and founding editor of Society. He serves as chairman and editorial director of Transaction Publishers. He is a life-long student of political sociology, having worked on the French anarchist tradition in such works as Radicalism and the Revolt Against Reason, and more recently the European statist and anti-statist traditions in Behemoth: Main Currents in the History and Theory of Political Sociology, his work on pacifism and violence in the political process. 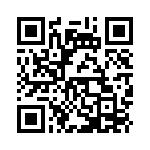