Grossman, a graduate in physics and mathematics from Moscow University, worked first as a chemical engineer and became a published writer during the mid-1930s. His early stories and novel deal with such politically orthodox themes as the struggle against the tsarist regime, the civil war, and the building of the new society. Grossman served as a war correspondent during World War II, publishing a series of sketches and stories about his experiences. Along with Ehrenburg, he edited the suppressed documentary volume on the fate of Soviet Jews, The Black Book. In 1952 the first part of his new novel, For the Good of the Cause, appeared and was sharply criticized for its depiction of the war. The censor rejected another novel, Forever Flowing (1955), which was circulated in samizdat and published in the West. The secret police confiscated a sequel to For the Good of the Cause, the novel Life and Fate, in 1961, but a copy was smuggled abroad and published in 1970. Grossman's books were issued in the Soviet Union in the late 1980s and have met with both admiration and, on part of the nationalist right wing, considerable hostility. 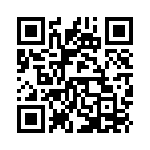