Page 8
14 And now , Satan began to tremble , and the earth shook , and Moses received
strength and called upon God in the name of the Only Begotten , saying to Satan ,
Depart hence . 15 And it came to pass , that Satan cried with a loud voice , with ...
Page 11
A Paikeamed Hose that the Lord the waters called Lathe sea CHAPTER I. 13 And
I , God , called the dry land History of the creatim . earth ; and the gathering
together of spake unto Moses , saying , BeI , God , saw that all things hold , I
reveal ...
Page 13
She shall be called wothe onyx stone . man , because she was taken out of 15
And the name of the second man . river was called Gihon , the same that 30
Therefore shall a man leave his compasseth the whole land of Ethio- father and
his ...
Page 14
26 And Adam called his wife's name 15 And I , the Lord God , called unto Eve ,
because she was the mother of Adam , and said unto him , Where all living ; for
thus have I , the Lord goest thou ? And he said , I heard God , called the first of all
...
Page 16
Satan estranges man from God - Salvation , 10 Thou shalt be called Perdition ,
preuched - Birth of Cain and Abel - Secret combinatims— Abel slrin , Cain cursed
for thou wast also before the world , - Secrets revealed by Lamech's wives -- The
...
Next » 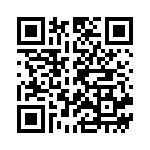