Page 240
Enter the King with a petition and the Queen with Suffolk's head , Buckingham , and Lord Say QUEEN ( aside ) Oft have I heard that grief softens the mind , And makes it fearful and degenerate ; Think therefore on revenge and cease to ...
Page 247
Go , take him away , I say ; and strike off his head at once , and then break into his son - in - law's house , Sir James Cromer , and strike off his head , and bring them both upon two poles hither . ALL It shall be done .
Page 259
Enter Iden , with Cade's head IDEN If one so rude and of so mean condition May pass into the presence of a king , Lo , I present your grace a traitor's head , The head of Cade , whom I in combat slew . KING The head of Cade ? 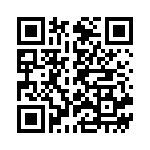