Russian architecture and the West

This book aims to lasso Russian architecture and pull it into the corral of European architecture, going back 1000 years-which, argues the author, is an about-face in the historiography of Russian ... Read full review 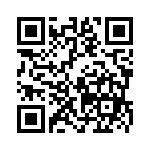